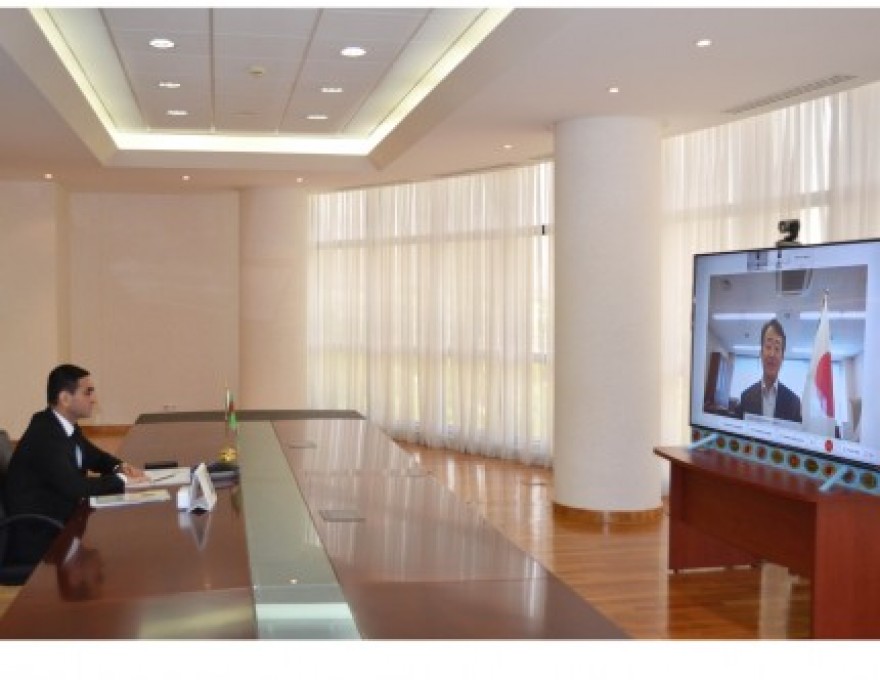 TURKMEN-JAPANESE CONSULTATIONS ON AFGHANISTAN WERE HELD

On June 11, 2021, a meeting of the Deputy Minister of Foreign Affairs of Turkmenistan Vepa Hajiyev with the Special Representative of Japan for Afghanistan and Pakistan, Ambassador Katsuhiko Takahashi was held via videoconferencing. During the meeting, the parties expressed the standpoints of Turkmenistan and Japan on Afghan issues. It was stated that the situation in Afghanistan continues to be in the centre of attention of the international community and is directly related to the security... 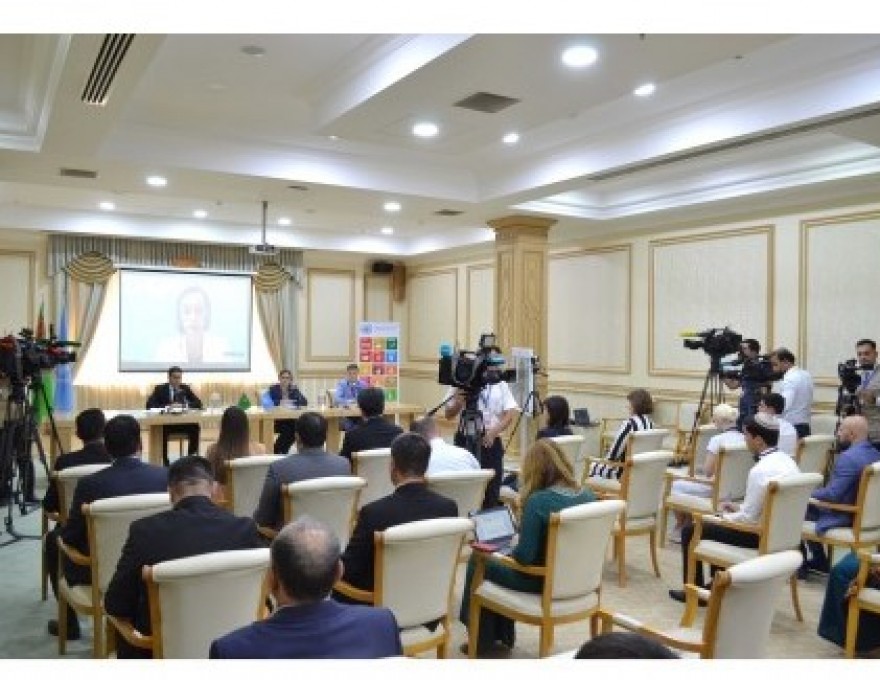 On the 10th of June 2021, an official event took place in the Conference Hall of the UN House in Ashgabat which was dedicated to the opening of the Representation of the United Nations Office for Project Services (UNOPS) in Turkmenistan.   The event was attended by the heads and representatives of the Ministry of Foreign Affairs of Turkmenistan, Office of UN Resident Coordinator in Turkmenistan and the country agencies of the Organization, as well as the journalists of local and foreign mass...

Today, on June 2, the online meeting between the Deputy Minister of Foreign Affairs of Turkmenistan Vepa Hadjiyev and Regional Coordinator of the International Organization for Migration (IOM) for Central Asia, the head of the representative offices of the IOM in Kazakhstan, Kyrgyzstan, Turkmenistan and Uzbekistan Zeynal Hajiyev. During the constructive talk the parties once again confirmed their interest in further expansion of cooperation on priority directions. The issues of strengtheni... 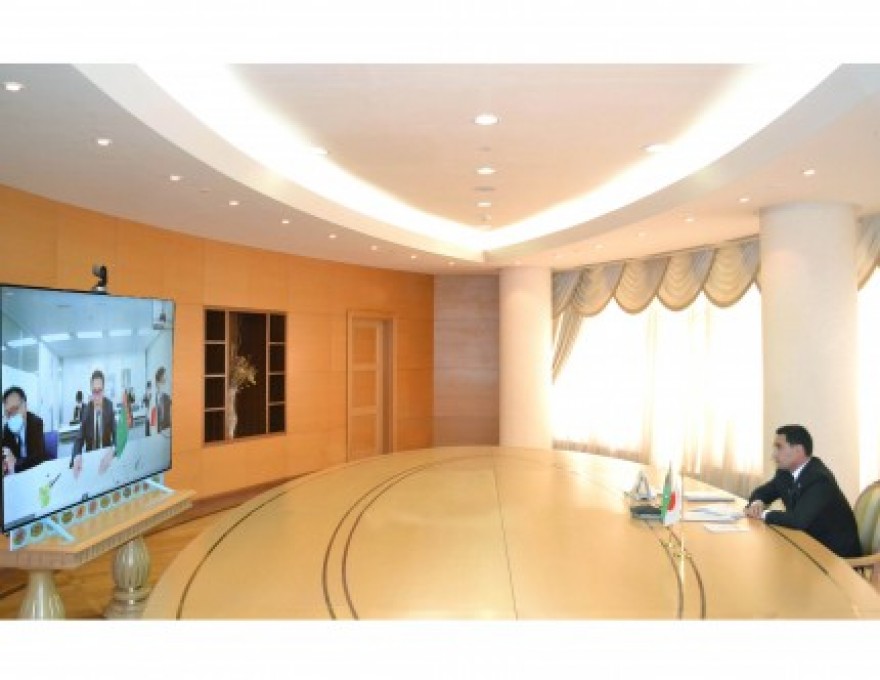 On May 31, 2021, the meeting of the Deputy Chairman of the Cabinet of Ministers of Turkmenistan, the Chairman of the Turkmen-Japanese Committee on Economic Cooperation Serdar Berdimuhamedov with the Chairman of the Japanese-Turkmen Committee on Economic Cooperation, Managing Executive Officer of “ITOCHU Corporation” Hiroyuki Tsubai was held through videoconferencing. During the meeting, the parties highly appraised the level of Turkmen-Japanese relations in political, trade-economic and cultu... 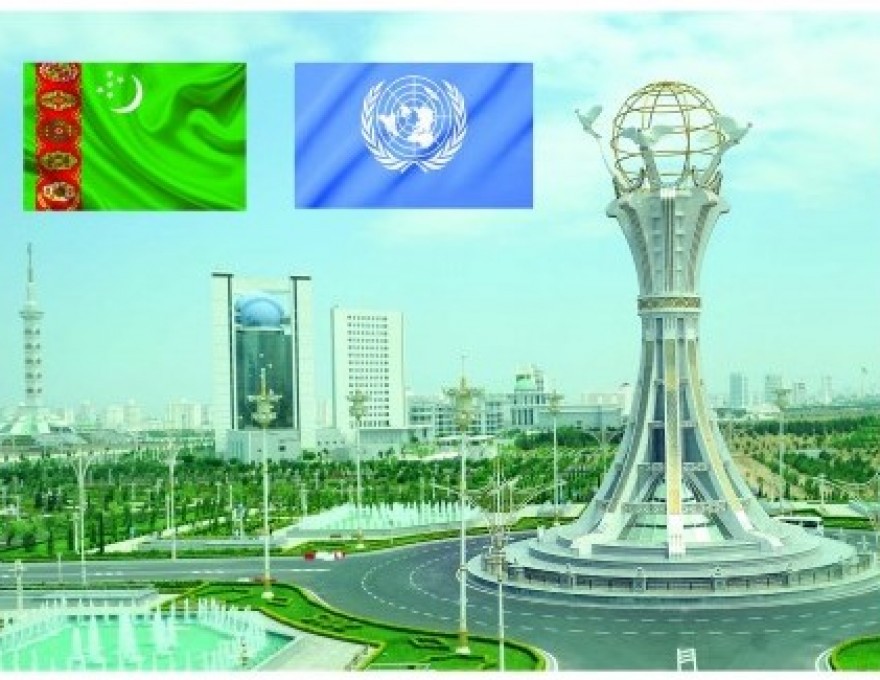 On the 25th of May 2021, President of Turkmenistan Gurbanguly Berdimuhamedov gave a speech at the Global Roundtable on Transforming Extractive Industries for Sustainable Development.  The event took place in a format of a videoconferencing and was chaired by the UN Secretary General Antonio Guterres. The event was attended by the heads of states and governments, ministers, heads of major international organizations, experts of academic circles and analytical centers, as well as the representa...

On May 20, 2021, the Delegation of Turkmenistan to the OSCE made a statement at the regular meeting of OSCE Permanent Council on the adoption of the National Action Plan for Human Rights in Turkmenistan for 2021-2025, which was approved by the resolution of the President of Turkmenistan Gurbanguly Berdimuhamedov on April 16, 2021. The statement noted that the document is a logical continuation of the action plan implemented in 2016-2020, which was adopted for strengthening the state system, e...